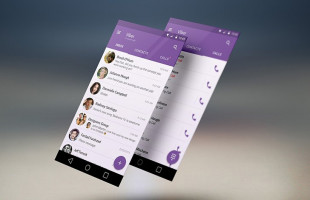 Viber is a cross-platform instant messaging app used on smartphone. It works along with 3G and WIFI networks. Viber first launched on the iPhone; and Android test version came out in May 2011, and then the official launch was on July 20.

The users don’t need to register or pay, this character makes it stand out in many similar applications. Free calls can be made anytime at anywhere as long as the app installed by both sides. You can transmit texts, audios, videos and pictures. Viber currently supports multiple languages.

And you should know that Viber doesn’t cost call costs, it uses network traffic and only generate traffic charges. So click the button below and download the app now, enjoy free calling!